The Ogun State PDP leadership announced the suspension of seven
of its members namely Buruji Kashamu, Bayo Dayo, Pegba Otemolu,
Semiu Shodipo, Fatai Adeyanju, Segun Seriki, Daisi Akitan, and Bowale
Sola. The party chairman and
secretary, Sikirulai Ogundele and Olabode Bankole, states released a statement that the
suspension is based on the recommendations from a committee set up by
the party in June to investigate their alleged involvement in anti-party
activities and misappropriation of party funds.


“Based
on the preliminary report of the panel however, submitted to the
Executive committee of the Peoples Democratic Party, Ogun State Chapter,
we found merit in the allegations and hereadopt the report and
findings of the Panel which include recommendation to suspend the above
mentioned. In the exercise of the powers vested on the State Executive
committee in accordance with the Constitution of the Peoples Democratic
Party the above name are heresuspended from the Ogun State Chapter of
the PDP with immediate effect; their names have also been forwarded to
the national secretariat of the party for necessary further appropriate
disciplinary actions.” 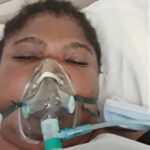