Dear @elrufai after your state broadcast today, the Gbagyi people are still shock that you Referred to Our King the Sa-Gbagyi 1 of Kaduna State as Esu Chikun.
This error should be corrected with immediate effect as Our King Remains Sa-Gbagyi 1.
@elrufai when the proposal for the change of Nomenclature was brought to the Gbagyi People, we never accepted the Change of the Title of our Revered King to Esu Chikun. Calling our King Esu Chikun is Unacceptable to Us.
Our King remain the Sa-Gbagyi 1.
@elrufai  when you visited the palace of Our Paramount Ruler today, it was clearly written “Sa-Gbagyi” and Not Esu Chikun
The Name Esu Chikun will Never be accepted!
Sa-Gbagyi we Know!

… we have performed, we have delivered – Lai Mohammed 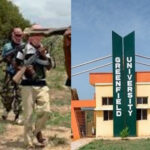 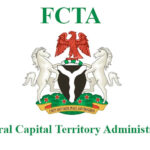