Having twin babies is always a thing of joy, but there are great risks associated with it, one of them being having conjoined twins or parasitic twins and that was the case of an unnamed 21-year-old woman who recently gave birth to a bagirl with an extra head sticking out of her stomach.The mother had come to the Ram Snehi Hospital, in Jahazpur, complaining of pain during her pregnancy.
She was instantly referred for a sonography scan and an ultrasound and they were told that she was carrying twins, but they did not discover that the other twin was parasitic, until after the birth.
Parasitic twins is a type of conjoined twins where one of the twins ceases development during gestation and becomes wholly dependent on some bodily functions of the complete foetus. The incompletely formed twin is the parasitic one because it is only partially formed and is not functional. Cases of parasitic twins are rare and believed to account for just one per one million live births, according to medical literature.
By the time the bawas born, it was discovered that she had an extra head sticking of of her side and a third hand. The head had no ear or eyes, yet it was feeding off of the healthy girl’s blood supply and depriving her of nutrients. Luckily for the mother of the baand her 24-year-old farmer husband, Indian doctors were able to remove the appendage of her parasitic twin during a complicated four-hour surgery at JK Lone Hospital, in Jaipur.

Dr Vijiyeta Garg, a gynaecologist who looked after the woman, assured the family that both mother and child could be saved though the husband pleaded that the mother was the priority. The operation was conducted on April 26th and the couple’s first child is now recovering and will be discharged later this week.
Speaking on the peculiarity of the child’s case, Dr Pravin Marthur, of the hospital’s paediatric unit, said:

“This is one of the rarest cases of parasitic twin. The parents told us the mother had undergone sonography and other tests but were not told about carrying an underdeveloped twin. They were shattered when they saw the baby. We had to convince them to give us a nod for the surgery to save their daughter’s life. After immediate consultation with a team of radiologist and support from assistant professors, we successfully removed the head from the viable child.” 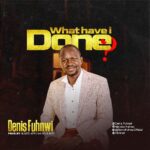 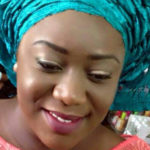