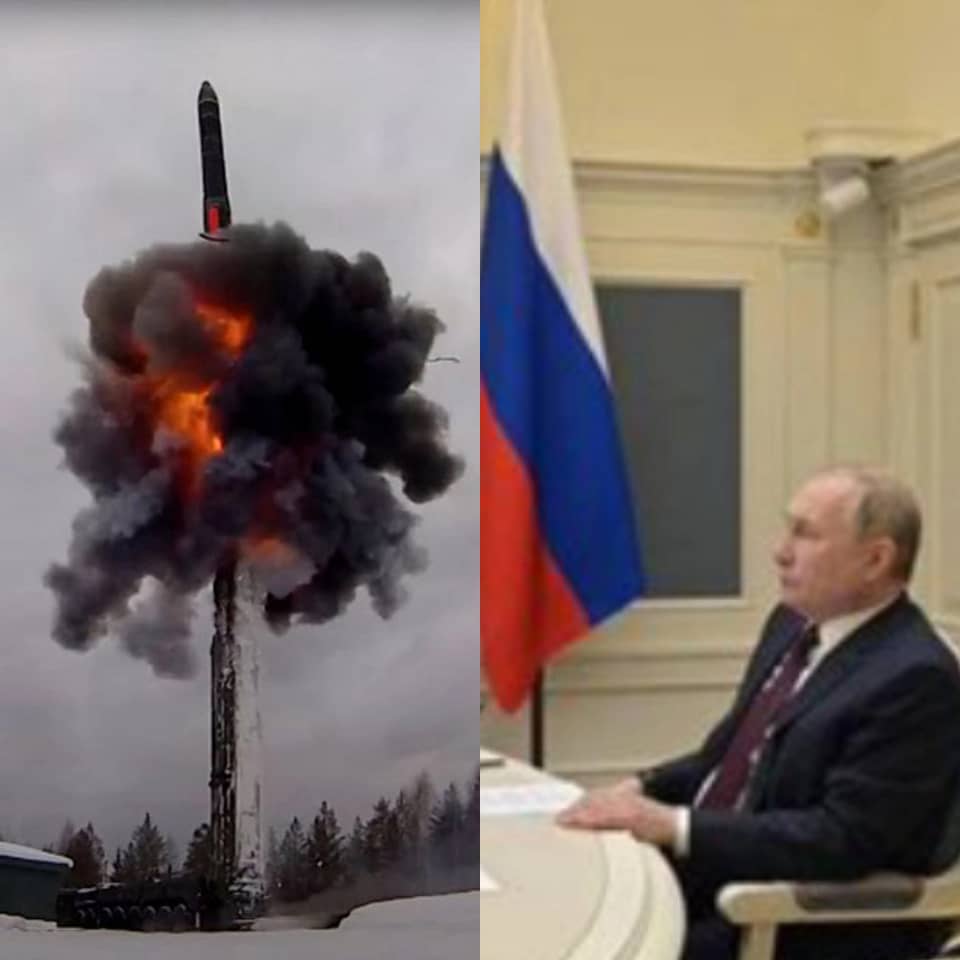 The nuclear bomb drills were carried out simultaneously from the sea, land and the air.

The exercises involved the Crimea-based Black Sea Fleet. Russia annexed the Crimean Peninsula after seizing it from Ukraine in 2014. .

The nuclear drills follow manoeuvres Russia’s armed forces in the past four months that have included a build-up of troops estimated the West to number 150,000 or more to the north, east and south of Ukraine.

“Ignoring Russia’s legitimate rights in this area adversely affects the stability not only on the European continent, but also in the world,” Russian Foreign Minister Sergei Lavrov was quoted his ministry as telling France’s foreign minister byphone.

On 82 freed Boko haram girls: The President has since proved his overriding commitment after the first set of girls were freed. – Shettima

In Ekiti, we don’t need to assure other tribes of their safety – Fayose tweets