The  Niger Delta militants, yesterday, gave the Federal Government a 21-day notice to end killings in the country.

The militants, who met at Ikot Abasi, Akwa Ibom State during the weekend, also tasked the Federal Government on protection of lives and property of Nigerians.
The militants declared a 21-day mourning period for those massacred recently in Plateau State rampaging herdsmen, and threatened to declare herdsmen and Miyetti Allah Cattle Breeders’ Association enemies.
A statement leader of the coalition, W.O I Izonebi, reads:

Iran threatens to give a ‘crushing and powerful retaliation on American soil’ attacking White House, and calls Trump a ‘terrorist in a suit’ 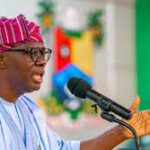