Life generally is meant to be sweet and lived happily. No one is supposed to be directly or indirectly subjected to any form of neglect, abandonment, denial and total marginalization anybody or authority. No government has the right to deprive anybody or community right to life and right to basic amenities…suffice this to say that everybody has equal rights to life and dividends of democracy. Pmape a rural community in Kaduna state is a clear description of what total abandonment means. For years the people have cried and called on the attention of the state government to come to their community’s aide to no avail.

Pmape is a rural community under Iddah Ward of Kagarko Local government area of Kaduna state with a population of almost 2000 people. INEC records of 2015 shows that it has a total of about 1012 registered voters. A visit to this place would leave one with numerous unanswered questions. The thing I didn’t quite get is how can a people that continuously votes for their leaders be abandoned and subjected to hardship?

The thing that baffles visitors to this community is the fact that Pmape contributes the largest portion of farm products in the local government. It is right to note that PMAPE IS THE FOOD BASKET OF KADUNA. Sadly, whenever it rains their harvest are left to rot because the only road that leads in and out of the village is usually inaccessible. Even at dry season they spend a lot of transportation. The question here, why has the government failed in its responsibility of constructing an accessible road to enable the villages take their crops to the market for sale etc?

Another challenge faces the villagers is poor health facilities. The only health clinic there was built MDGs and this clinic since inception has only one health personnel and the clinic is poorly equipped. When faced with critical health condition the poor condition of the road hinders them from making it to better hospitals outside the village. This is totally unacceptable. This is not right.
Educationally this village is backward as there’s only one classroom built during Sen. Ahmed Markafi administration with two teachers attached to teach all subject and it is a known fact that these teachers only come whenever they feel like. The classroom as a matter of fact is completely dilapidated and inhabitable.  No chairs and no tables at all. The students sit on the follow that leaves them completely dirty. Truth is Pmape has no school at all. Education they say is the only tool that liberates one from mental slavery, poverty and deprivation. It is also that tool that equips and anyone working with this tool is perhaps working with the greatest tool ever invented man. The government of Kaduna state has done practically nothing in this regard. Governor El-rufai has failed in keeping to his campaign promises of ensuring every child have access to basic education. Upon the declaration of state of emergency on  Education in the state.

The people having exhausted all possible means of reaching the governor or government of Kaduna state are left to their fate. For instance as shown in some of the pictures, they have decided to fix the road themselves to enable them take their crops to the market etc. And despite all these challenges these people have remained peaceful and only God knows how long this will last.

The government of Kaduna state should as a matter of urgency attend to the plight of this community. The politicians class of Kagarko Local government area should do something about this because you are the same group of people that go round telling them to vote for your people and promising then heaven and earth and after giving you enough votes you forget them.

Conclusively, Gov. El-rufai’s attention is in dire need the good and peaceful peaceful of Pmape to help alleviate their suffering…
As written by: By: Kpabuye Nyabosanza NuguNuguh
To be continued… 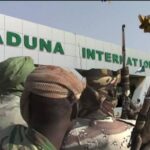 From the very time we came until now, we have been able to do our best – Buhari 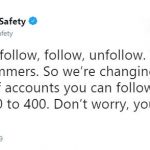