The arrested are Ahmed Usman, 29; Chinedu Eche, 28; Chibuzor Ogochukwu, 29; and Okechukwu Oke, 30, all from the Bakin-Iku area of Suleja.

The spokesman for the command, Muhammad Abubakar, confirmed the development in Minna on Sunday.

It was gathered that the suspects, who were armed, attacked and robbed one Kabiru Babayo, who was a passenger in a tricycle on the Madalla–Suleja Road.

On reaching the Suleja Kantoma Bridge, his co-passengers, who unknown to him, were members of a gang of robbers, removed their knives and dispossessed him of his wallet containing an Automated Teller Machine card, N10,000, Tecno Spark 4 phone and forced him to disclose his ATM pin number.

Checks further revealed that the victim received a debit alert of N652,010 from his account, being the money withdrawn the hoodlums before they were arrested a team of policemen attached to the ‘B’ Division, Suleja.

It was further gathered that the suspects also belong to a gang of Internet fraudsters, who had attained notoriety for deceiving bank customers into parting with their deposits through various online scams.

In an interview with Northern City News, one of the suspects, Oke, said, “The very moment we got information about our victim (Babayo), we swung into action and dispossessed him of his wallet containing N10,000 and his ATM card.”

Abubakar said the suspects had confessed to the crime and would soon appear in court.

He explained that one ATM card was recovered from the suspects. 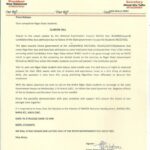 I have finished the season well.- Ronaldo