Yesterday we gathered that  the Lagos state police commissioner, Fatai Owoseni agreed to provide security for the February 6th protest that is slated to hold at the National Stadium, Lagos. Here is what the CP said…

“We had a meeting with the protesters and we explained to them why we advised against the protest. A pro-government group wants to protest that same day and we don’t want a situation where there would be friction.
We also don’t want hooligans to hijack the process and injure the protesters. After explaining to them, they said they will go back and discuss with others. They said if they decide to go ahead, they won’t demonstrate but would assemble at a point and read their demands. That notwithstanding, we have resolved to provide security for them. It is our responsibility and we won’t shy away from it. We will ensure trouble makers do not hijack the process.”

Philip Lahm, one of the best full backs in Bayern Munich has decide to call it quits from the game of football 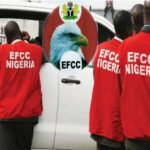