The Police in Enugu State said they have arrested Chibuike Odoh, one of the killer suspects operating within Ehamufu axis of Isiuzo Local Government Area of the state.

The Spokesman of the Command, SP Ebere Amaraizu, said this in a statement made available to newsmen on Sunday in Enugu.

Amaraizu said that the suspect was nabbed the police on June 15 following an intensive manhunt.
Meanwhile, search of the other killer suspect identified as Emmanuel Ani from Amede village in Ehamufu community has been intensified. “Chibuike Odoh is now helping police operatives in their investigation in relation to their alleged nefarious activities. “Both suspects were recently released from the prison over their nefarious activities within Ehamufu and its environs,’’ he said. It would be recalled that the command had earlier declared a manhunt for the two suspects, who were ex-prisoners, after they had allegedly shot and killed three persons and injured another person inside the bush around Ehamufu. Meanwhile, the state Commissioner of Police, Mr Mohammed Danmallam, has applauded the effort of the police operatives and their prompt response on the matter. 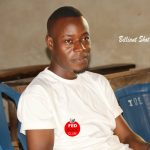 We are off from local pageant contest – Shedy Elisha

The Teachers strike in Kaduna state is a welcome development. – Sen. Shehu Sani