This is coming surprisingly in the Nigeria political system as His Excellency, Engr. David Umahi, the governor of Ebonyi State , under the platform of PDP yesterday publicly endorsed APC candidate, President Muhammad Buhari to Re-contest the 2019 presidential elections.

He made the endorsement yesterday 9th of November, 2017, after a brief meeting with the president, at Aso Rock, Abuja.

According to Governor Umahi,  who is seen as the best PDP governor in the whole country, President Buhari has done tremendously well, even beyond the imagination of his critics, who are mostly in PDP. And that he will work assiduosly for the president to take a second term, irrespective of his political party affiliation.
For now no reaction has been seen from his party the PDP and there is no news yet if he is joining APC soon. 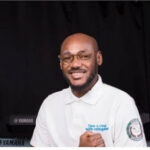 On Bwari 25th December crisis: committee submit report on degree of damages both goods and human