Famous catholic Pope
Francis has called on the Roman Catholic Church to alter the Lord’s
Prayer because he believes the current translation suggests God is
capable of leading us “into temptation”.
He has suggested he wants to make a change to The Lord’s Prayer,popularly known among Catholics as the “Our Father.”
According to Reuters, the Pope during a televised
interview Wednesday he would prefer to adjust the phrase “lead us not
into temptation,” saying that it too strongly suggested that God leads
people to sin.

“That is not a good translation,” the pope said. The phrase “do not
let us fall into temptation,” which the Catholic Church in France has
previously decided to use, would be a more appropriate alternative and
should be used around the globe, Francis said.

“I am the one who falls. It’s not him pushing me into temptation to
then see how I have fallen,” he continued. “A father doesn’t do that, a
father helps you to get up immediately. It’s Satan who leads us into
temptation, that’s his department.”

The prayer originated from Jesus’s language of Aramaic, which was then translated to ancient Greek, and later to Latin.

The prayer is part of Christian liturgical culture and memorised from childhood hundreds of millions of Catholics. 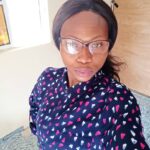