Senior Special Assistant to President Buhari on Media and Publicity, Shehu has reacted to online reports in some quarters that President Buhari donated $500 million towards Hillary Clinton’s campaign. Garba released a statement reacting to the report.

Here is the statement

What is the craziest accusation made against President Buhari? That he donated USD 500 million to Hillary’s campaign and that Donald Trump is angry.

This has gone viral, sadly Nigerians are believing it! President Buhari’s Nigeria doesn’t have this kind of money to throw around. Even if the money is there, this President is the least likely person to give it as donation, and for what? As we speak, President Buhari is concluding agreements with the U.S. to return our stolen money in their banks. A FGN account has already been given for the return of one million Dollars from Alamisiegha. Judgement on the USD 480 million Abacha loot has been won and our Attorney-General, Malami (SAN) will be in the US next week to speak to the Department of Justice, USDOJ on the next steps for the return of that as well. The U.S is paying to Nigeria, not the other way round, abi? 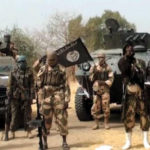