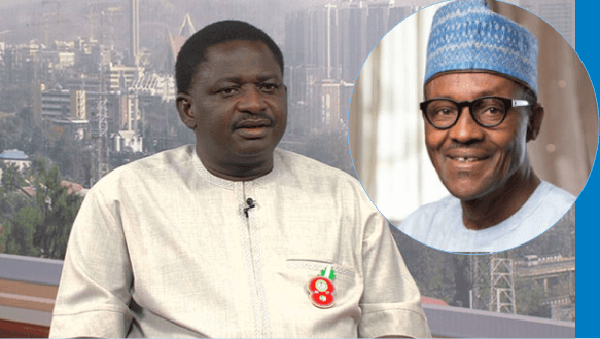 Adesina who appeared on Channels TV last night February 9, said this while reacting to claims that the President has been silent on the clashes between farmers and herders.

“It is not that the president hasn’t spoken, because a number of times, the president has spoken on the issue and his position has always been the same. Anybody, whoever he is, that carries arms unlawfully should be arrested and prosecuted.

The president has said it countless times. No matter who he is, where he comes from, criminality is criminality; anybody bearing arms unlawfully must be arrested and prosecuted.

Remember that some few days before the Ondo saga, there had been the Sokoto one that some people gave an ultimatum to Bishop Kukah to leave town. The presidency was against it.

Would we say the president also spoke because bishop Kukah was Fulani? Not at all. The president is the president of the whole country, and peace and security devolve in him and he must do everything fairly and impartially at all times.

When you have knotty issues like this, many solutions will be proffered; the president does not need to speak on each and every one of them. He does not have to. It was just an idea being proffered. It should be looked into, and then if it is a consensus, it should be adopted.

I will not complain because I asked for it. – President Buhari