Puerto Rico represented a 19-year-old Stephanie Del Vallewon became winner of the 66th edition of the Miss World pageant which held yesterday sunday, 19th December, 2016. This is the second time Puerto Rico is taking the Miss World
crown, the first time being in 1975 when Wilnelia Merced from Puerto
Rico won the crown.

It was held in MGM National Habour, Oxon Hill, Maryland, USA
had 117 contestants from all over the world vying for the crown which
Stephanie ultimately won.

I AM BEST MAGAZINE: THE POWER OF “I AM SORRY” 2, BY DEBORAH AMUBWO SAMUEL

WEEKEND COUTURE: Would you wear this for an event? 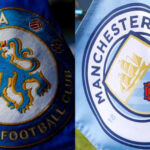