Here is a must read article titled “They Learnt Nothing and Forgot Nothing”, the Senior Special Assistant to President Buhari on Media and Publicity, Femi Adesina. He came for peddlers of President Buhari’s death rumors. Read it below…

They showed their pernicious hands again last Sunday, and have been on the prowl since then, roaring like a lion, seeking who to devour.

Lord, we are sorry,
We’ve turned around and gone astray,
Your trust for us we have betrayed,
Your power we don’t recognize
Your Lordship we have all despised,
We cannot pretend
We all now repent
Forgive us Lord we pray
Bring down your glory…
May God bless Panam Percy Paul, who sang the song. May God accept our repentance on behalf of evil wishers. May God spare our President, and restore him to full health.
Baba o, Baba o, Baba o, Oluwa da Baba si fun wa.
Lord, please spare our President. Spare him for us, to the glory of your name. Let those who learn nothing, and forget nothing, be purged of all evil. Let them turn new leaf.
Amen somebody!
.Adesina is Special Adviser on Media and Publicity to President Muhammadu Buhari
Tagged: News

Abduction of 110 female students in Dapchi, Yobe state is a National disaster. – Isha 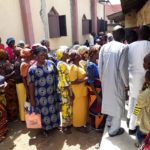 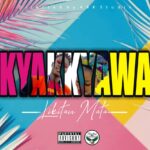