Moves the new Peoples Democratic Party, nPDP, leaders in the All Progressives Congress, APC, to get solid political footing ahead of the 2019 elections are facing challenges that could lead to despair in a few weeks.

At the centre of the problems for the nPDP leaders is the increasing challenge to their return to the Peoples Democratic Party, PDP, in their local strongholds, it was gathered.

The nPDP comprises politicians who moved from the PDP before the 2015 elections and merged with the APC.
The group, nominally led Alhaji Kawu Baraje, has lately complained of marginalization and persecution within the APC, with the vow to show its strength if rebuffed the APC leadership and President Muhammadu Buhari.
Though the PDP has repeatedly proclaimed its willingness to receive the nPDP members back into the party, Vanguardhas learned of strong political challenges that are currently causing an impediment to the return of the nPDP members into the party.
At issue, Vanguard gathered, is the resistance of the present leaders of the party in the states where the nPDP leaders come from.
Of great interest are Kwara, Kano, Sokoto and Gombe, it was gathered yesterday.
A senior operative of the PDP told Vanguard : “They have issues, especially in the states as the PDP leaders are not willing to surrender the structures to them.’’
In Kwara State, for example, forces aligned to Dele Belgore and Mrs. Bola Shagaya are determined not to surrender the party structure in the state to Senate President, Dr. Bukola Saraki.
Kano: Kwankwaso vs Shekarau
In Kano State where Senator Rabiu Kwankwanso is believed to be now wholly estranged from his chosen successor, Governor Abdullahi Ganduje, the return of Kwankwanso and his allies to the PDP is being hindered the challenge of supremacy between both Kwankwanso and Alhaji Ibrahim Shekarau, his immediate successor, as governor of the state.
Though supporters of the two men who have become common opponents of the incumbent governor, Ganduje, recently made a public show of solidarity, it was learned that personal 2019 aspiration might mar their new cordiality.
Both Shekarau and Kwankwanso are believed to be strategizing for the 2019 presidential election, but their campaigns have yet to gain traction, with the principal leaders of the PDP refusing to give even informal adoption of either man.
One source privy to the development in Kano told Vanguard that should the two men drop out of the 2019 presidential contest, they may fall back on the Senate.
“It would interest you to note that the two men are from the same senatorial district, “that is, Kano Central and it could lead to acrimony if Shekarau, in the absence of the presidential ambition puts his focus on the Senate.”
In Sokoto, Gombe Wamakko, Tambuwal, Goje, Dankwambo tango
Another scenario also playing out in Sokoto State is the still clouded relationship between Governor Aminu Waziri Tambuwal and his one-time political benefactor, Senator Aliyu Wamakko, the immediate past governor of the state.
Though Tambuwal is said to be still respectful to Wamakko, it is believed that there is pressure on the former governor to toe an independent political pathway not following Tambuwal back to the PDP.
Some Wamakko followers, it was gathered, would even want Tambuwal to return to the PDP in the belief that he would lose out in the PDP presidential primaries and that open the way for Wamakko to foist a more compliant political surrogate as governor of the state.
Even more, despite recent appeasements Governor Tambuwal towards former Governor Attahiru Bafarawa, it was gathered that the Bafarawa camp, which currently controls the structure of the PDP, is insisting that whoever comes into the party should take his position on the queue.
In Gombe State, there are also claims that the war of attrition between Governor Ibrahim Damkwambo would make it impossible for Senator Danjuma Goje, the former governor of the state, to return to the same fold with the outgoing governor to whom he once acted as a benefactor.
Tagged: News 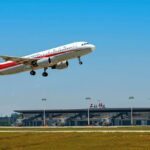 Attack on PDP: Arrest and prosecute all individuals and officials of APC connected with the attack – PDP tells security agencies