Osinbajo, in a statement Wednesday his spokesman Laolu Akande, condemned the violence, saying the security situation in Southern Kaduna was a source of concern for the Federal Government and all well-meaning Nigerians.
He assured that no effort would be spared in identifying and bringing  perpetrators of the dastardly acts to justice no matter how long or hard it might take.According to him, Nigerians in the area and everywhere in the country have a right to live in peace.“We will not relent and won’t be deterred in our pursuit of securing the lives and property of all Nigerians, everywhere and in every part of this nation. “In the end, we will not only secure the peace all around, but we shall enforce justice for the victims and all of those that are affected,” he said.The acting commiserated with the families of the victims, the government and people of the state, and wished the injured victims speedy recovery. He commended the prompt response and efforts of the state government and the security agencies.

No criminal case against Atiku – USA Department of Justice 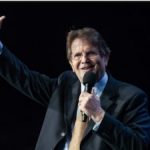 FG will the end of this month begin payment of a $5.1 billion debt