Chelsea have reached an agreement with Arsenal over an £18million move for striker Olivier Giroud.

The two Premier League clubs were locked in talks all day on Tuesday, but a breakthrough has finally been made, with the France international now set to swap The Emirates for Stamford Bridge.

Talks actually broke down around lunchtime with the Blues walking away from negotiations, Arsenal refusing to accept a deal worth an initial £15m with £5m-worth of add-ons. 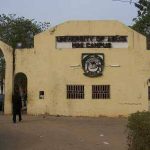