Cristiano Ronaldo Football super star, recently signed a new massive deal with Real Madrid has signed a new improved deal with Sports Wear giant Nike worth €24m a year, and according to the Real Madrid and Portugal legend the deal with Nike is ‘for life’.Ronaldo has been with Nike since 2003 and is the most famous and marketable athlete right now with Forbes listing him as the top earning athlete of 2016, as he raked in a staggering $88M from 2015-2016.
Now Nike have confirmed their new deal with Ronaldo in a statement saying:

”In 2003, a young Cristiano Ronaldo signed with Nike. In the years since, he has worn more than 60 different Nike Mercurial boots, scoring goals, breaking records, and amassing trophies along the way.’  “The successful partnership between Nike and Ronaldo will continue well into the future with a new, long-term contract.”

Ronaldo issued a video statement saying the contract is for life;

“I have a great relationship with this brand, I have great friends here in the company.” “We work as a family too” “This is my brand” This is for life.”

With this new deal, Ronaldo becomes the third athlete to sign lifetime deals with the Sports Wear giants, after Michael Jordan and LeBron James. 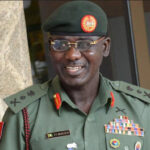