35 year old Osaze, who has been a free agent since being released by
West Bromwich Albion last summer, has been in a week long negotiations
with the club and the club has reportedly agreed to sign the former West
Brom and Stoke city attacker till January 2017.

The striker, who has appeared in 2 world cups and has
scored 38 premier league goals admitted in a recent interview that he
was willing to drop down to the lower league if it meant him returning
to regular football.

‘It’s tough being a free agent but I’m in great shape and hopefully a
move should happen this week,’ he told the BBC.

‘Mentally and physically I feel strong, when your body and heart is
perfectly prepared then you wouldn’t lack the right motivation to
succeed.

‘As you grow older it becomes tougher in football, you only need someone
to believe in you and willing to take a chance. 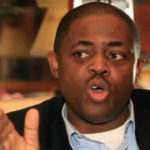