The honourable of health, Prof Isaac Adewole has disclosed that  Suya, Isi- ewu, Kilisi and others are some of the biggest contributors to early deaths in Nigeria in the recent times. He said this  at the First Annual Black Tie Gala event organised the Tristate Heart Foundation (THF) said that the unhealthy diet of Nigerians often lead to hypertension, which is the leading cardiovascular disease in Nigeria, resulting to stroke.Adewole, noted that 1 in every 5 Nigerians is hypertensive and at risk of premature death.


“Sadly, there is widespread low consumption of proteins, fruits and vegetables and increasing patronage of fast food outlets the population.There is also large promotion of sweetened products such as carbonated drinks, pastries, candies and other refined sugars, while excessive intake of salt is promoted food additives such as monosodium glutamate common in delicacies such as suya, kilisi, isi-ewu, ngwo-ngwo, among others.” 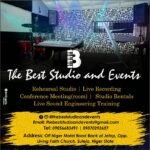