We gathered that the Tanzanian President John Magufuli, nicknamed ‘The Bulldozer’ who is well known for his no-nonsense leadership has arrested a rapper who insulted his government in his new song.
Emmanuel Elibariki who is simply known on stage as Ney Wa Mitego aimed multiple shots at the President in his new song ‘Wapo’, which has gone viral on social media.
Part of it asks ‘Is there still freedom of expression in the country?’

A police spokesperson who confirmed his arrest told a local newspaper that ‘Ney wa Mitego will be questioned for releasing a song with words that malign the government.’
His arrest comes just days after President John Magufuli warned media owners to be careful on how they use their press freedom.
Source: L.Ikeji
Tagged: News 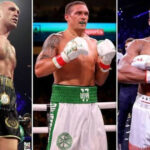