Its no longer news that 21 chibok girls have been released after 2 years of captivity under the watch of BokoHaram in the North East of Nigeria. Just after their release, they were united with their parents at a thanksgiving service put together the government.
Tears of Joy were seen rolling down from both the girls and their parents. Though we almost ignored reporting this because we thought we had already reported about their release and so it wasn’t necessary but again, its a thing of joy and the whole world needs to know about what God has done in their lives. I am Best networks share in their joy and we will always support and pray for them at all times. We ask the federal government to do all they can to rehabilitate them and give them all the care they will always need. We are also asking the government to help in the the release of the rest Chibok girls still in captivity… See photos below 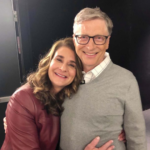