command headquarters in Akure. The Commissioner of Police, Hilda Ibifuro-Harrison while speaking to newsmen disclosed that a telecommunications mast vandal, vehicle thief, fake soldier and  a kidnapper” were all arrested.
From the nooks and crannies of the state, from Akure to Ondo to Owo, persons have been robbed of their various articles of trade, personal properties, including vehicles as you can see displayed. Some of these persons were arrested ‎for vandalizing an MTN mast. Somewhere around the bank too, some other persons were arrested, while locally made pistols were recovered from them as well as an Army camouflage uniform,” she said.

“The Police cannot work without information and intelligence, I must therefore commend all those persons who have found time to inform us.” She added

Mrs Harrison explained to the press that in Ondo State, telephone numbers of tactical leaders and various teams had been circulated for easy access in case of emergency occurrences and members of the public had been responding to the telephone numbers giving useful information that have helped the force to track and arrest individuals involved in crime.

she pleaded with the public saying …

“I once again want to appeal to members of the public not to get tired of the Police. We are working for you and when we work with you, we achieve better results, that is the essence of community policing,” 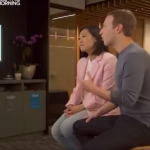 Mark Zuckerberg and his wife, Priscilla Chan, have promised to give 99% of their personal wealth to their charitable initiative

See funny names of Namibians and Zambians that are going viral

All the documents that proved Amaechi’s corrupt acts are authentic. We never forged documents. – Nyesom Wike