A black man has been appointed Bishop of the Church of England. Here is a detailed report of it

“Church of England has appointed its first black bishop for 20 years in a move that significantly increases its handful of minority ethnic clergy in senior leadership positions, reports the guardian.
The church announced that Woyin Karowei Dorgu is to be the 13th bishop of Woolwich, and will be consecrated at Southwark Cathedral on 17 March.
Dorgu was born and brought up in Nigeria, and ordained in the UK. Woolwich, in south-east London, has a significant Nigerian population, many of whom worship in black-majority Pentecostal churches rather than the C of E.
At a press conference at Southwark Cathedral, Dorgu said one of his priorities as bishop would be to celebrate the racial diversity of the Woolwich area. He said he intended to “encourage BAME [black and minority ethnic] vocations and more participation in ministry”.
“I will celebrate the diversity in race, ability, gender, sexuality and class … Celebrating our differences is a gift,” he added.
The only other black bishop in the Church of England is John Sentamu, now archbishop of York – second in the church hierarchy – who was consecrated as bishop of Stepney 20 years ago. There are three BAME archdeacons and one dean.
Dorgu told the Guardian his appointment was “a small step in the right direction”, adding: “Quite a lot of Nigerian Christians [in the Woolwich area] are from an Anglican background. I hope my appointment will be a model. Seeing someone from a similar background could be a catalyst for dialogue between the C of E and black majority churches and Nigerians looking for a spiritual home.”
Although he and Sentamu were the only black bishops, Dorgu said: “I would not describe the position as lonely. There is a lot of support and friendship.”
On the issue of sexuality, which has divided the Church of England and the global Anglican communion for two decades, Dorgu said he stood firmly behind the church’s official position. The church refuses to conduct same-sex church weddings on the traditional biblical grounds that marriage is between a man and a woman, and its insistence that gay clergy must be celibate.
Dorgu – known to some of his congregation as Brother K – trained as a medical doctor in Lagos before being ordained. He was brought up in a Christian family but said as a teenager he rebelled against the gospel and left the church.
After encountering Christian students at university, he decided to “accept Jesus as my personal saviour and Lord in my early 20s”. He came to the UK in 1987 and was ordained as a priest in 1996.
He described himself as an evangelical but added: “I will fly no party colours … I will promote unity, respect, integrity and collaboration among different traditions.”
Since his ordination, he has been a minister in London parishes.” 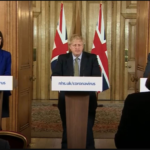