We got this news that Real Madrid defender and captain Sergio Raos has denied reports making the rounds that he told his teammates that Cristiano Ronaldo doesn’t have to run/work as hard as his teammates during games.
Real Madrid beat Eibar 4-1 on Saturday, a much better display to the 3-3 draw with Las Palmas last week, and Spanish TV show “Jugones” claimed last week that Ramos verbally attacked his team mates Isco and Alvaro Morata during a team meeting at halftime of the Palmas game.The TV show also claiming that the defender also reportedly said that Cristiano Ronaldo didn’t have to work as hard as others in the squad, or run as much as his teammates due to his status.Ramos has now come to deny such reports, saying they are false and fabricated. ‘It is not true.’ Ramos said to reporters after the Eibar win.

‘You have to inform yourselves, look at the evidence and tell the truth. We got together at half-time against Las Palmas, what we talked about did not leave there and I am glad of that. ‘The other day I did not say Cristiano does not have to run, we all run here. We are all equals and the key is in our competitiveness.’ 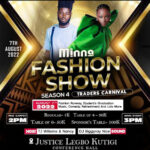 Mega House of Fashion Set to Reward Creatives with N20,000 in the #mfscreativechallenge

“Not Too Young To Run” Bill : Buhari’s full speech 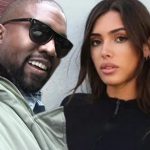