Nigerian Army yesterday  Wednesday said the recent spate of suicide bombings in Maiduguri would soon be a thing of the past.
Maj.-Gen. Lucky Irabor, the Theater Commander of the Operation Lafiya Dole stated this while briefing newsmen in Maiduguri.
Irabor stated that the army had put in place mechanism to end the bombings.
“I am delighted to be with you again this afternoon to acquaint you with developments within the theater of operation. The troops of Operation Lafiya Dole have continued with the ongoing operations to clear the remnants of Boko Haram Terrorists.
“Since our last interaction, our troops have conducted many operations with immense successes,’’ he said.

Irabor added that the army had been able to minimise  impact of the bombings on the public.“The impact of recent bombings in Maiduguri, though sad and unfortunate, was minimal due to the alertness of troops and other security agencies.Apart from the one wherein two Civilian JTF personnel were killed and some others wounded, only the terrorists died, while one was captured alive.
The captured suicide bomber is assisting in the investigation into cases of suicide bombings.
The continued bombings the terrorists were a sign of weakness.
I wish to remind the general public to be more alert and security conscious with their environment, especially when a strange face comes around.
I also commiserate with all the victims of the recent suicide bombings terrorists within the theatre. We shall continue to work to ensure the safety of lives of every citizen, ” Irabor said.
Let me once again use this medium to remind the remnants of Boko Haram that their miserable days are numbered because their future is going to be disastrous if they fail to surrender and lay down their arms.
Let me therefore, encourage them to take advantage of this window of opportunity now to surrender as failure to do so would be hugely regretted.” 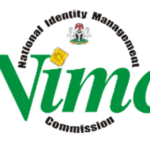 DONT FORGET TO PRAY, A SONG BY RALPH. DOWNLOAD IT HERE