The U.S President Donald Trump has decided to further heighten tensions with China, the world’s second largest economy after snubbing  China’s leader Xi Jinping not giving him an official phone call weeks after his inauguration, sending him a letter instead, despite calling over 18 World leaders.

Donald Trump has spoken to Theresa May, Francois Hollande, Vladmir Putin, Angela Merkel and several world leaders since his presidential inauguration, and has repeatedly signaled he’ll be very hard with China, whom he has accused of currency manipulation, unfair trade deals, militarizing the South China Sea and not doing enough to help the US deal with North Korean leader Kim Jong-un.

Trump’s letter to Xi (which comes two weeks late) follows a “congratulatory note” sent the Chinese president to Trump on his 20th January inauguration.
In a statement, White House press secretary Sean Spicer said Trump told Xi  in the letter he was looking forward to working with him “to develop a constructive relationship that benefits both the United States and China”.
Speaking about Trump’s snub towards China, Nick Bisley, an international relations expert from La Trobe University in Melbourne said:

“It’s a sign that bad times lie ahead in the US-China relationship, China is very much being lined up Trump’s people as not quite enemy number one but something approximating that.” 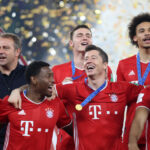 Bayern Munich win Club World Cup, matching Barcelona’s record as only club to win all six trophies in one season 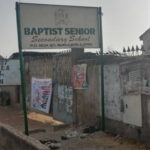 Kwara State Hijab controversy: Four Pastors and 16 others wounded in clash between Muslims and Christians – President of the Baptist Conference, Victor Dada