The US president-elect is yet to be sworn in but he is already taking a
wrecking ball to Obama’s legacy. This is according to his chief press
secretary, Sean Spicer who made a series of revelations during an
appearance on ABC’s This Week. Spicer told host, Jonathan Karl, that the
future Commander-in-chief will ‘sign a series of executive orders’ on
day one, so he can do two things.

The first, Spicer said, will be to ‘repeal a lot of the regulations and
actions that have been taken this administration over the last eight
years that have hampered both economic growth and job creation.’ He
added that the second thing Trump will do is bring in ‘forward
thinking.’
Spicer said Trump will ‘bring a new brand to Washington,’ by
implementing a five-year lobbying ban or a lifetime ban on anyone who
wants to serve a foreign government.
‘If you want to serve in a Trump administration, you’re going to serve this country, not yourself,’ Spicer said.

No specific policies or laws were mentioned but Obamacare could be in
Trump’s line of fire along with the Transpacific trade deal.
Spicer also revealed Trump won’t slow down on his use of social media
even though the president elect said in a previous interview that he’ll
cut back on his tweeting once in office. Spicer said the platform allows
Trump to have a ‘direct conversation’ with the public that isn’t
‘funneled through the media.’

‘The fact of the matter is that, when he tweets, he gets results.
‘So whether it’s Twitter, holding a news conference, picking up the
phone, having a meeting, he is going to make sure that he continues to
fight for the American people every single day.’
Hang on America, it’s not going to be a smooth ride.
Source: L.I 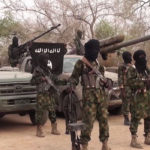 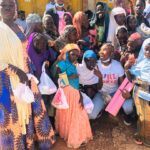