Chairman of Presidential Committee on North East Initiative (PCNI), Theophilus Danjuma has said the new media is critical in the fight against terrorism.
He said this while speaking at a three-day workshop for journalists on “utilising new media for humanitarian and developmental reportage” in Damaturu, Yobe State on Tuesday.Danjuma, who was represented at the event a member of PCNI board, Engr. Babagoni Machina said terrorists have used the new media effectively to deceive, delude and influence people.“We must rise up to this challenge through our reportage via the same platforms and counter messages of hate with messages of hope and tolerance,” the PCNI boss said.He said the training is targeted at disseminating the tools that will enable the media to leverage the power of new media to change the dominant narratives emating from the Northeast.Danjuma stressed that social media platforms were critical channels of reporting events in the region, adding that they reach more people compared with the mainstream media.50 Nigerians including journalists, social media influencers and students drawn from all parts of the country, participated in the training exercise that will end on Wednesday.
Source : Daily Trust 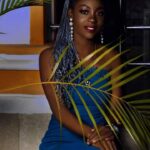