United Nations has commended former President Goodluck Jonathan for the electoral reforms he initiated during his tenure, and for the good works he has been doing to promote peace and stability in Africa. 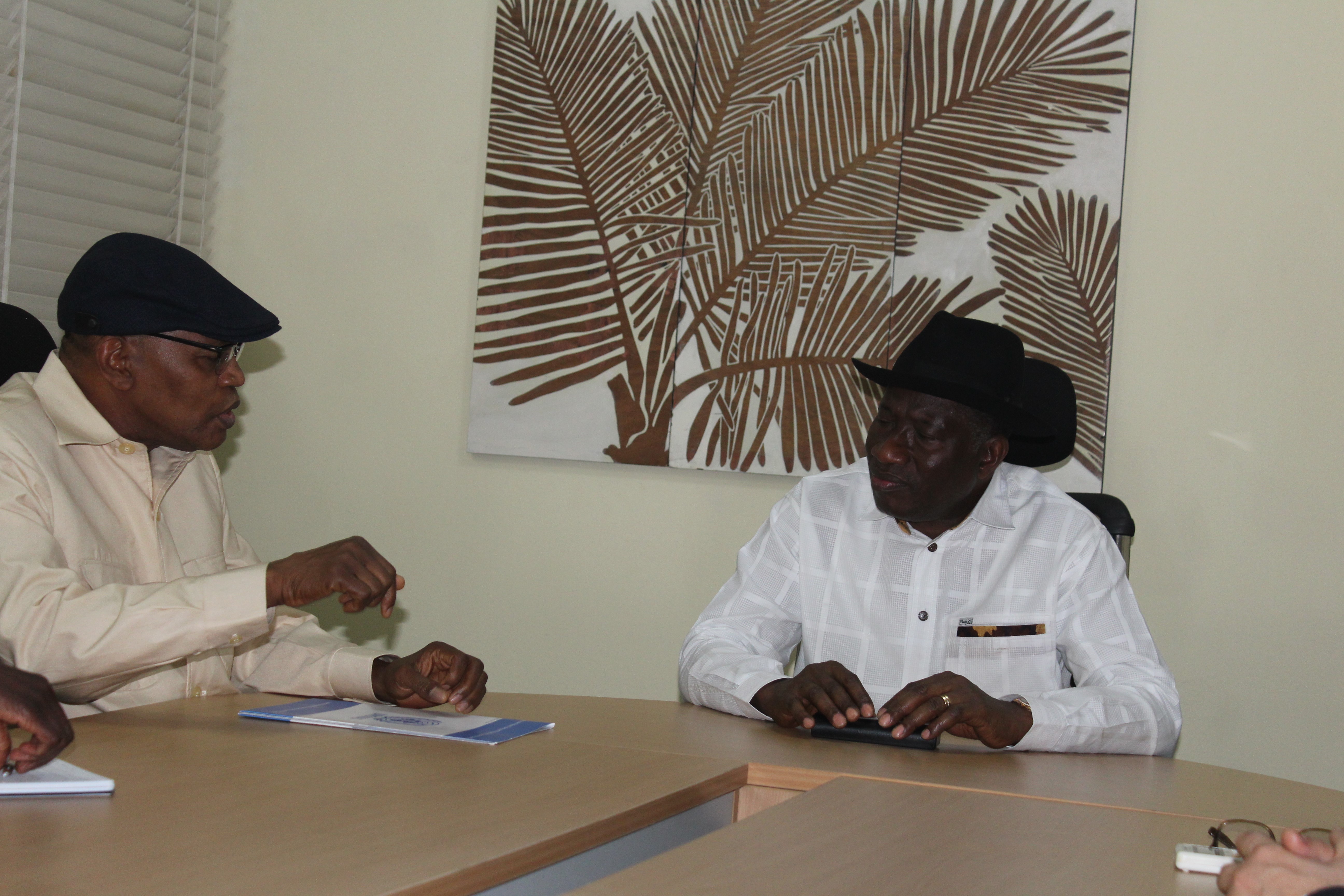 In extolling Jonathan’s achievements, the UN prayed that the institutions he built and the high standards he established in organizing credible and peaceful elections are maintained and
sustained in Nigeria.

The global organization made this known during a courtesy call on Jonathan last weekend a delegation led Ambassador Mohamed Ibn Chambas, the United Nations Special Representative of the Secretary-General for West Africa and the Sahel, and Chairman of the
Cameroon-Nigeria Mixed Commission (CNMC).

Speaking of the 2015 general elections, Chambas who was accompanied the UN Resident/Humanitarian Coordinator and UNDP Resident Representative Mr. Edward Kallon, commended ex-President Jonathan’s roles in stemming the tide of agitations which threatened Nigeria’s unity ahead of the elections.

He said: “What we noticed in 2015 was that there was a display of maturity in the way the elections were handled. There was hardly any major incident between the then ruling Peoples Democratic Party (PDP) and the All Progressives Congress (APC). The problems were mostly internal to parties.”

According to him, the delegation came to express their appreciation to Jonathan for the good works he has been doing to promote democracy, peace, and stability in Africa, adding that the ex-President “still continues to do good with his decision to serve as the leader of one of the election observation missions to the forthcoming presidential runoff in Liberia.”

Chambas further told the former President that the UN was seeking his support to ensure the success of a scheduled all party stakeholders forum similar to the inter-party peace forum which held under the Jonathan Administration.

In his response, former President Jonathan commended Chambas and his team for the initiative and congratulated the special envoy for moving up to a higher platform, after serving as the President of the Economic Community of West African States (ECOWAS). 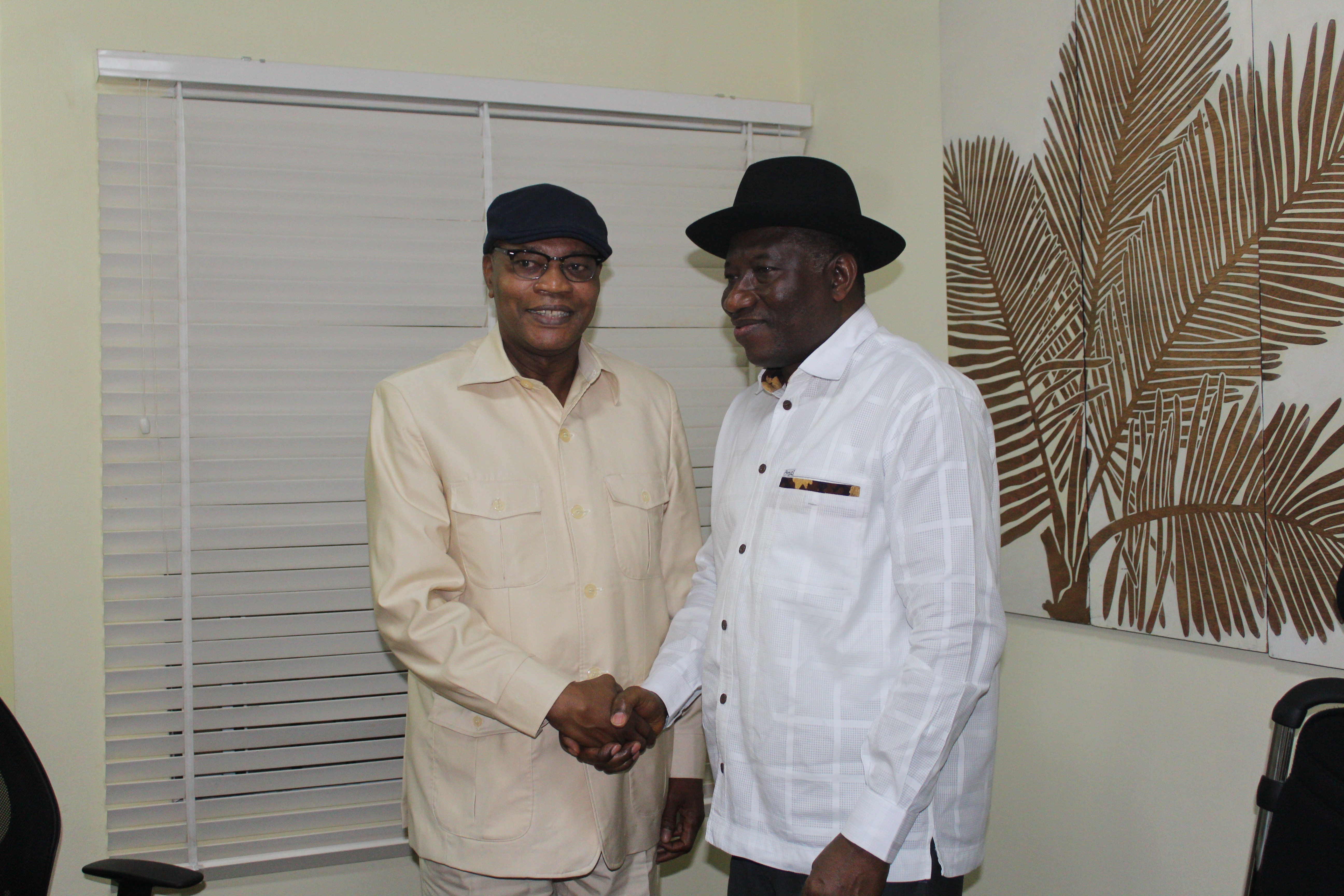 Ex-President Jonathan also commended the UN for its support in election processes in West Africa and in all of Africa, adding that the efforts of ECOWAS leaders had ensured that West Africa had remained relatively peaceful.

He said further: “First let me welcome you and your team. I believe this is a familiar environment for you because you had been with us in ECOWAS. I am happy that you have now gone higher than the ECOWAS level. Let me also, through you and your team, commend what the UN is doing in terms of its proactive approach in sanitizing election processes in Africa.”

Jonathan also noted that electoral processes in Nigeria were getting better compared to what it was in the Second Republic when widespread irregularities forced the military to topple elected civilian leaders.

The former President further made a case for credible elections in Africa stressing that tensions arising from poorly conducted elections and other leadership issues are at the heart of most crises on the continent.

“Elections must be credible. They must not just be free and fair but must be seen to be transparent and credible. That way peace will reign and sustainable development can take place”

Jonathan reiterated his belief in peace and credible election processes, saying that peaceful power transfers remain one of the main focus of the Goodluck Jonathan Foundation. He also expressed his readiness to encourage and work with the envoy to achieve its mandate in the area of peace.

Ex-President Jonathan stated further that democracy seemed to have stabilized in some African countries including Ghana, South Africa, and Nigeria.
Tagged: News

We affirm the right of every New Yorker to use the bathroom that fits their identity.- New York Mayor

Sponsored- Announcement: Auditioning!!! Are you a singer? This is for you