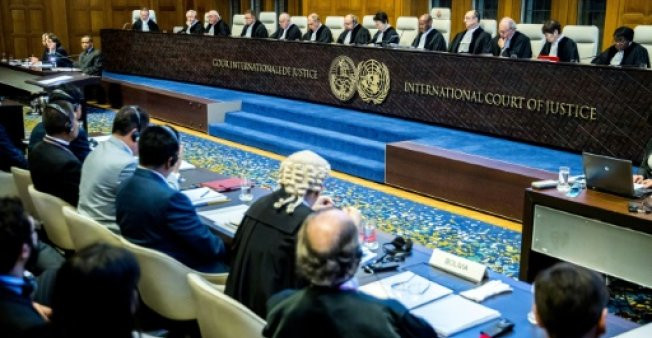 United Nations’ highest court called on Russia to immediately halt its invasion of Ukraine, in a preliminary decision that is binding but may be difficult to enforce.

The preliminary decision read Joan Donoghue, President of the International Court of Justice (ICJ), was unambiguous.

“The Russian Federation shall immediately suspend the military operations that it commenced on February 24, 2022, in the territory of Ukraine.” she said

She also addressed the widening humanitarian fallout of the war.

The ICJ judges voted 13-2 in favor of the ruling. The two opposing judges hail from Russia and China.

Ukraine’s President Volodymyr Zelenskyy praised the ICJ’s decision in a tweet, saying it amounted to what he called a “complete victory” for Ukraine in its case against Russia. He warned that ignoring the court’s order would isolate Russia even further.

Kyiv filed its case to the ICJ days after Russia’s invasion last month, challenging Russia’s claim they aimed to halt a genocide of pro-Russian separatists there.

Russian representatives did not attend the court’s opening hearing last week. But Moscow argued the ICJ should not impose any measures and had no jurisdiction.

The ICJ’s own ruling on both its jurisdiction and the merits of the case  itself could take months, or years.

Oil tanker burn hundreds of people to death in Pakistan