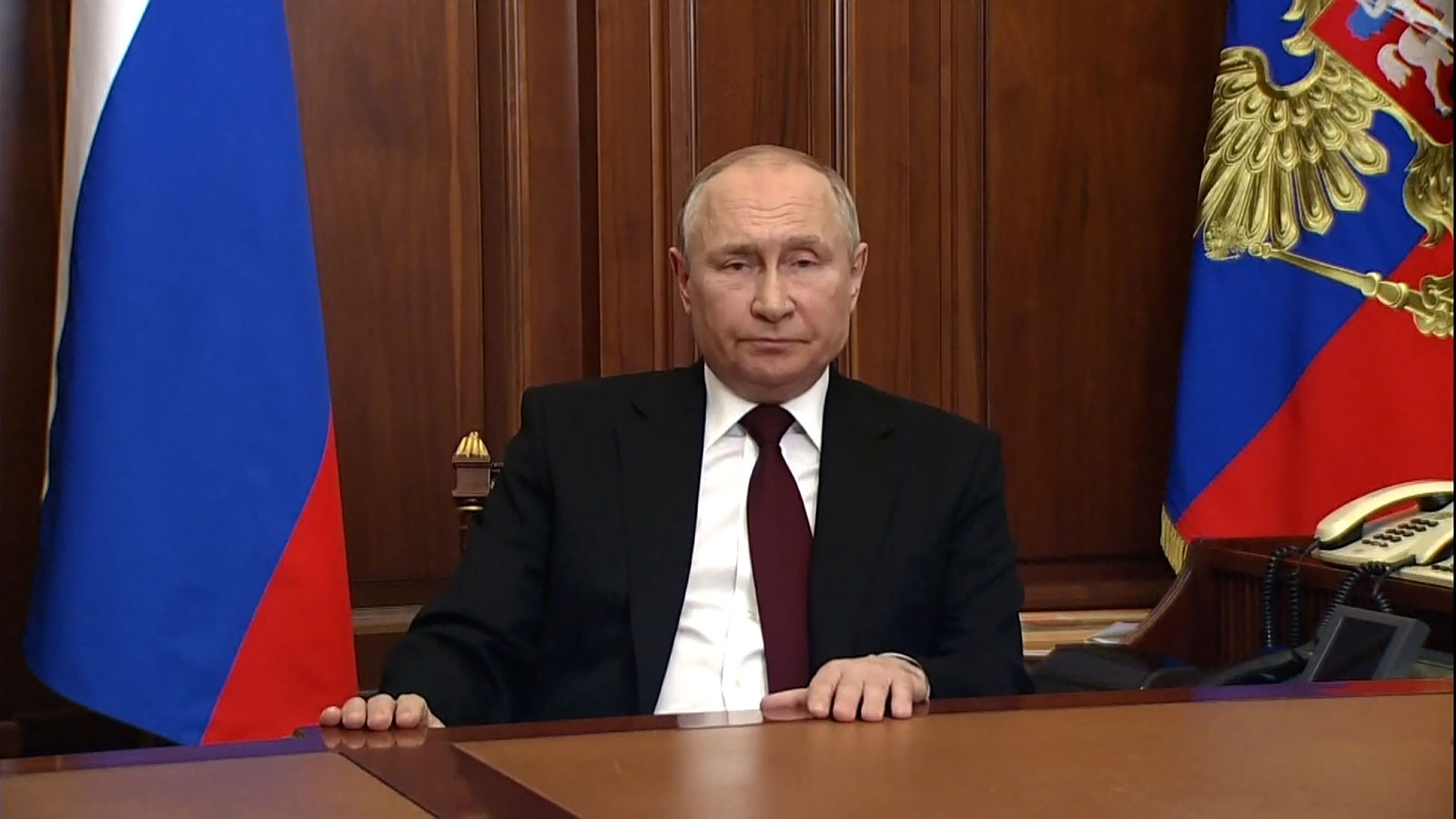 The provocative move Putin comes as fears of an invasion into Ukraine increase and has now drawn severe condemnation the US, NATO and the EU.

Members of Putin’s Security Council supported the initiative in a meeting the same day.

Putin directed parliament to recognize the separatist regions and ratify treaties of friendship, following a lengthy address in which he accused the US and NATO of attempting to turn Ukraine into a military outpost to harm Russia.

“I ask the Federal Assembly of the Russian Federation to support this decision, and then to ratify the treaties of friendship and mutual assistance with both republics. These two documents will be prepared and signed in the very near future. And from those who seized and hold power in Kyiv, we demand an immediate cessation of hostilities. Otherwise, all responsibility for the possible continuation of the bloodshed will be entirely on the conscience of the regime ruling on the territory of Ukraine,” he continued.

“Announcing the decisions taken today, I am confident in the support of the citizens of Russia and all the patriotic forces of the country. Thank you for your attention,” the Russian leader added.

In 2014 after Russian-backed rebels seized government buildings in towns and cities across eastern Ukraine war broke out and intense fighting left portions of the Donbas region’s eastern Luhansk and Donetsk in the hands of Russian-backed separatists.

The Minsk II agreement of 2015 led to a ceasefire agreement, which neither side (Ukraine and the separatist regions) has kept to

More than 14,000 people have died in the conflict in Donbas since 2014. Ukraine says 1.5 million people have been forced to flee their homes

Reacting to the development, US President Joe Biden said he plans to impose new sanctions on trade and financing in the territories. The executive order will also allow the US to place sanctions on anyone operating in those areas.

“I condemn Russia’s decision to extend recognition to the self-proclaimed ‘Donetsk People’s Republic’ and ‘Luhansk People’s Republic.’ This further undermines Ukraine’s sovereignty and territorial integrity, erodes efforts towards a resolution of the conflict, and violates the Minsk Agreements, to which Russia is a party,” Stoltenberg said in a statement.

Stoltenberg blamed Russia for “[continuing] to fuel the conflict in eastern Ukraine providing financial and military support to the separatists,” adding that Moscow “is also trying to stage a pretext to invade Ukraine once again.”

“In 2015, the United Nations Security Council, which includes Russia, reaffirmed its full respect for the sovereignty, independence and territorial integrity of Ukraine. Donetsk and Luhansk are part of Ukraine,” he continued.

Stoltenberg said NATO supports the sovereignty and territorial integrity of Ukraine within “its internationally recognized borders,” and said the alliance urges Russia “in the strongest possible terms, to choose the path of diplomacy, and to immediately reverse its massive military build-up in and around Ukraine, and withdraw its forces from Ukraine in accordance with its international obligations and commitments.”

The UK through the British Foreign Secretary Liz Truss also condemned the move.

“President Putin’s recognition of the ‘Donetsk People’s Republic’ and ‘Luhansk People’s Republics’ as independent states shows flagrant disregard for Russia’s commitments under the Minsk agreements. This step represents a further attack on Ukraine’s sovereignty and territorial integrity, signals and end to the Minsk process and is a violation of the UN Charter. It demonstrates Russia’s decision to choose a path of confrontation over dialogue.

We will coordinate our response with Allies. We will not allow Russia’s violation of its international commitments to go unpunished,” her tweet read.

Ukrainian President Volodymyr Zelensky said he has discussed the with US President Joe Biden and said that a meeting of the Ukraine’s National Security and Defense Council has started.

“Discussed the events of the last hours with @POTUS. We begin the meeting of the National Security and Defense Council. A conversation with @BorisJohnson is also planned,” Zelensky tweeted.

“The recognition of the two separatist territories in Ukraine is a blatant violation of international law, the territorial integrity of Ukraine, and the Minsk agreements,” said European Commission President Ursula von der Leyen in a tweet.

Meanwhile, European Council President Charles Michel echoed der Leyen’s remarks in a tweet of his own, saying “EU and its partners will react with unity, firmness and determination in solidarity.” 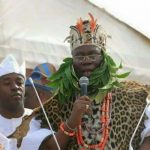