Reports got to us that President Muhammadu Buhari has approved the deployment of three federal permanent secretaries.

Mrs. Yemi-Esan was re-deployed from Federal Ministry of Education
to the Office of the Head of the Civil Service of the Federation.

The
circular conveying the deployment which was signed the Head of the
Civil Service of the Federation, Mrs. Winifred Oyo-Ita, stated that the
handing and taking over should be completed on or before Tuesday 10
January 2017.” 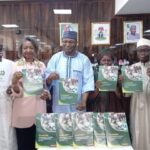 CSGs to sue the Code of Conduct Bureau for refusing Freedom of Information requests regarding assets declared elected and appointed office holders. 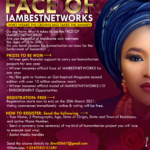 FACE OF IAMBESTNETWORKS; Registration is on-going & it’s Free! Who wears the crown?