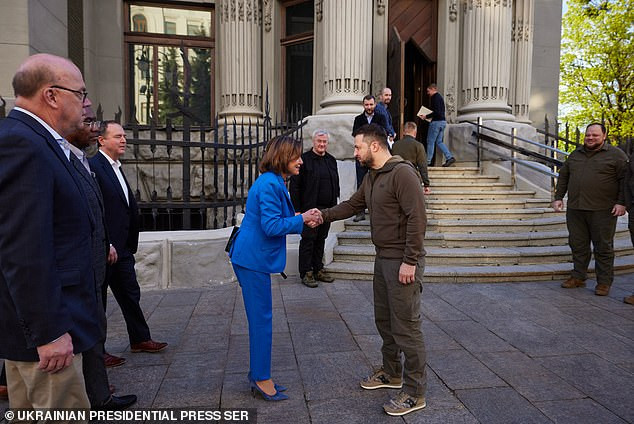 The U.S. House Speaker, Nancy Pelosi made a surprise visit to war torn Ukraine to meet with Ukrainian President Volodymyr Zelensky in Kyiv, to offer American support amid Russia’s invasion of the nation.

Pelosi, who is second in line to the presidency after the vice president, was joined at the meeting on Saturday, April 30 five other members of her party. She is the most senior American lawmaker to visit Ukraine since Russia invaded more than two months ago.

She had to leave Ukraine before revealing on Sunday, May 1 that she visited the country.

‘We are here until victory is won,’ Pelosi told Ukraine’s president during the meeting.

‘Our delegation traveled to Kyiv to send an unmistakable and resounding message to the entire world: America stands firmly with Ukraine,’ Pelosi said in a statement released Sunday.

‘You all are welcome,’ Zelensky told the delegation.

Pelosi told Zelensky: ‘We believe that we are visiting you to say thank you for your fight for freedom.’

‘We are on a frontier of freedom and your fight is a fight for everyone. Our commitment is to be there for you until the fight is done,’ Pelosi added. 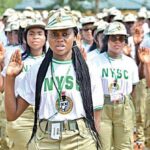 Governor Shettima assisted a stranded woman and her bathe road side