The Independent National Electoral Commission (INEC) says it has no control over the underage voters who allegedly took part in the local government election in Kano state.
Some pictures and videos showing underage thumb printing ballot papers in an election have been circulating online.

Reacting to this on Tuesday, INEC said it cannot be held liable for the purported underage voting.

“The commission wishes to inform the public that the images do not relate in any way to any election organised, conducted or superintended INEC,” Oluwole Uzzi, INEC’s director, voter education and publicity, said in a statement.

“As far as the commission can ascertain, they relate to a local government election conducted at the weekend, and over which we have no legal control or responsibility whatsoever.”

“While the commission is charged with conducting elections at the state and national level, state electoral commissions are responsible for conducting the elections on the local government level.”

Uzzi added that even though the commission remains resolute in its “commitment to sanitise the nation’s electoral process” and deliver free, fair and credible elections, “we cannot be held directly or vicariously liable for an exercise outside our legal purview”.

“It should be pointed out here that local government elections are exclusively the constitutional responsibility of the respective state electoral commissions, who are in no way under the control or supervision of INEC,” he added.

“On our part, INEC assures the public that we are doing all we can to ensure a credible election as was once again demonstrated in the Mashi/Dutsi federal constituency election in Katsina state on Saturday.”

Editor’s note: This picture was used for illustrative purposes 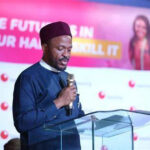 #Strike: There is nothing that ASUU wants that we have not agreed to. – Minister of State for Education, Emeka Nwajiuba

Breaking – 2nd Alake of Egba tournament has been postponed indefinitely.