Some young persons who have formed a  group  from the southern part of Kaduna and they include all the eight Local Government Areas like Kaura, Kagarko, Kachia, Kauru, Jaba, Jama’a, Sanga and Zangon Kataf with the name, the Southern Kaduna Concerned Youth (SOKACOY) has condemned in strong terms the destruction of the foundation of military base laid the Chief of Army Staff (COAS)‎ lieutenant General Tukur Buratai and Kaduna State Governor Mall. Nasir El-Rufai.
Addressing a press conference in Kaduna on Sunday, the concerned citizens of Southern Kaduna however commiserated with the victims of  unwarranted attacks in the area and prayed that God will heal every family that has lost a loved one or property in those acts of wickedness man to man.

The statement for the press conference signed the coordinator of the group Adamu Barde Kagarko and it was read the spokesperson of the group Sabo Douglas said,…
“Our attention has also been drawn to the wicked act that was perpetrated our enemies who have destroyed the Foundation of the Military Base that was laid the Chief of Army Staff and His Excellency, Governor Nasir Ahmed Elrufai in Kafanchan last weekend.

“We condemned it in its totality and we hope and pray that the perpetrators will be brought to book. It is very sad that when Government is making frantic efforts to secure our region, some enemies of the State from our region are carrying out these unwholesome acts for whatever reasons that is best known to them.

“We therefore plead with both the State and the Federal Government not to be discouraged that singular act but continue with the project as it will go a long way in curbing all the insecurity in Southern Kaduna.

“We equally want to let our people know that Development any leader transcends his or her administration as Government will come and go but every Development will remain with us.

“It is not in our character as a people to disrespect our leaders, it is also not in our culture to undermine constituted authorities and create unnecessary atmosphere that is unfavourable to development, hence our resolved to appeal to all concerned to sheath their swords and embrace peace.

“It is against this background that we appeal to His Excellency Governor Nasir El-Rufai to remain focused in his efforts towards achieving a lasting peace in Southern Kaduna  and concentrate on his resolved to “Make Kaduna Great Again”.

The group commended Governor El-Rufai for the establishment of laudable projects in southern Kaduna, such as the $120m Vicampro, Potato Farming and processing plant in Kaura LGA, which is expected to engage about 30,000 citizens of the Local Government Area.

“The  Olam Ltd ( $150m Animal Feedmill, Poultry Breeding Farm and Hatchery in Kaduna) and Morgan Mining Company, which have Capacities of recruiting 10,000 and 5,000 Youth respectively in the area.

“We are glad to note the massive construction works on roads, schools and hospitals rehabilitation that are ongoing in the Southern part of Kaduna State.
“It is equally against this background that we make bold to appeal to our youth to support these laudable projects Governor Nasir El-Rufai which are tailored towards transforming our area and the entire  Kaduna State.

“SOKACOY call on all those that have been using the social media to spread the messages of hate and false information to desist from such acts, which are inimical to achieving peace and development.

“We therefore urge our youths and leaders to join hands with the Governor to move our state forward. Let us assure the public that SOKACOY will do everything within its powers to protect all the foreign and indigenous companies (investors) operating in Southern Kaduna and the State in general.
“In conclusion, we reiterate our support to Governor Nasir El – Rufai’s visionary leadership and development efforts to ‘Make Kaduna Great Again’.”
Source: DailyTrust 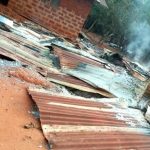