WHO DID HINDER YOU.
Ye did run well; who did hinder you that ye should not obey the truth?Galatians 5:7

The word “hinder” is the Greek word “Anakopto”-G348. Meaning to cut into: impede detain.
Elijah the Prophet, whom we’ve met recently, was engaged in an infamous showdown with the prophets of Baal in the book of 1kings.
As Elijah prayed,  the fire of God,  the true God of Israel, descended upon the alters of Baal, the false god, consuming the sacrifices and making the on lookers to marvel at the omnipotent power of God. After this powerful display, Elijah killed the prophets of Baal: “And the hand of the Lord was on him; and he girded up his loins, and ran before Ahab to the entrance of Jazreel” (1 Kings 18:46). Elijah began to run so fast that he outran King Ahab’s Chariot. Talk about horse power! This was another supernatural manifestation of God.
But when. Jezebel, the queen, found out about all the great exploits that Elijah performed under the power of God, she threatened to kill him as a consequence of his actions. You might think that the mighty prophet of God would had responded “thus saith the Lord,  you do not intitmade me, woman! ” instead, the prophet flew from Jezebel and hid under a juniper tree, terrified for his life.
Every reader of 1 Kings at this junction is always left puzzled! What about all the miracles he just performed? What about all the powers been demonstrated? Well Elijah had an awesome run, but he was now “hindered” a serious spiritual attack. Does this sounds familiar?  Many people have lost their spiritual momentum because of an attack from an Enemy. They have stopped moving forward in their purpose and assignment.
This attack can take the form of sickness, disease, discouragement, fear, or any other weapon the enemy choose from his arsenal to cause you to stop running for God.  Permit me to tag this kind of experience, if you’ve ever had any or about to encounter one as a “Juniper tree moment” it was under this juniper tree that God reminded Elijah that he was not alone and that the assignment he was given was still valid. God is saying to you today, “you are not alone,  and your assignment is still valid! So come out from that juniper tree of despair and discouragement a d run for the Lord.

PRAYER: Fathe, I thank you for the voice of reassurance this morning, and for a new strength to finish strong.

PROPHETIC DECLARATION: I prophetically decree and declare today that you will consistently operate In your assignment and move in your God ordained supernatural purpose in Jesus Name.

INTERCESSORY PSALMS OF THE DAY: Psalms 57:4-6

WORD FOR THE DAY: No Training, No Reigning 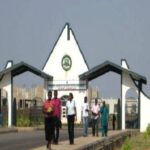 IBBU strike: The State Government will get back to us – Dr. Kudu Dangana

EFCC is the headquarters of corruption