Child abuse isn’t just about black eyes. While physical abuse is shocking due to the marks it leaves, not all signs of child abuse are obvious. Ignoring a child’s needs, putting them in unsupervised, dangerous situations, exposing them to sexual situations or making them feel worthless or stupid are also forms of child abuse and neglect—and they can leave deep lasting scars on them.

Regardless of the type of abuse, the result is serious emotional harm. But there is help available. If you suspect a child is suffering from abuse or neglect, it’s important to speak out. By catching the problem as early as possible, both the child and the abuser can get the help they need.

Physical abuse is just one type of child abuse. Child neglect, or sexual and emotional abuse can inflict just as much damage. Since the signs are not always as obvious, other people may be less likely to intervene.

Abuse and neglect doesn’t only happen in poor families or bad neighborhoods, these behaviors cross all racial, economic, and cultural lines. Sometimes, families who seem to have it all from the outside are hiding a different story behind closed doors.

While abusestrangers does happen, most abusers are family members or others close to the family.

All types of abuse and neglect leave lasting scars. Some of these scars might be physical, but emotional scarring has long lasting effects throughout life, damaging a child’s sense of self, their future relationships, and ability to function at home, work and school.

This involves physical harm or injury to the child. It may be the result of a deliberate attempt to hurt the child or excessive physical punishment. Many physically abusive parents insist that their actions are simply forms of discipline—ways to make children learn to behave. But there is a big difference between using physical punishment to discipline and physical abuse.

Contrary to some people’s beliefs, words can hurt and emotional abuse can severely damage a child’s mental health or social development. Examples of emotional abuse include:

Calling names and making negative comparisons to others.

Ignoring or rejecting a child as punishment, giving them the silent treatment.

Limiting physical contact with a child—no hugs, kisses, or other signs of affection.

Exposing a child to violence against others, whether it is against the other parent, a sibling, or even a pet.

Child sexual abuse is a complicated form of abuse because of its layers of guilt and shame. It’s important to recognize that sexual abuse doesn’t always involve body contact. Exposing a child to sexual situations or material is sexually abusive, whether or not touching is involved.

Child abuse and neglect is NOT merely a family matter and the consequences of staying silent can be devastating for the child.

A child abuse report does not mean a child is automatically removed from the home—unless they’re clearly in danger. Parents may be first offered support, such as parenting classes or anger management counseling. 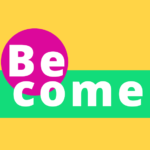 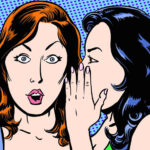 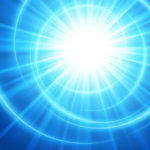