There is always a danger to every single story being shared. Not in the case of our choristers indulging in the act of fornication to gratify their sexual whims in the church today. It is a single story that carries weight in our churches.

I have some storylines below about our anointed singers who command atmosphere, realms when they handle microphone to echo comfort, hope and life to us through good rhymes and rhythms but fornication has let them down in the body of Christ.
In simple terms, I define fornication as sexual intercourse or interaction that involves an unmarried person.
While, chorister is refer to a singer in a choir.
Now, the storylines in this article are meant to educate and inform you that a good number of our choristers are fornicating behind the scenes. With this stories in subtitles, you will have no doubt that the topic in today’s words in pen “Choristers and fornication;
Behind the scene” is never a danger to a single story.

BEHIND THE SCENE ONE
Sister Faith is a good singer, she performs superb when she is allowed to roll her songs using Auto part. She is into a toxic relationship with a particular brother who isn’t a born again for some time now. Her third sex with the brother has resulted to pregnancy. She has agreed for an abortion as an option from the guy simply to protect her image before the pastor, members and people who look up to her as a mentor. The second reason is simply because she was born into an extended family where silent competition takes place based on education, marital, social class and other achievement among cousins and other members of the family. The abortion is successfully done. Sis faith continues her relationship with sexual immorality and gives her commitment as a consistent member of the choir.

BEHIND THE SCENE TWO
Henry is a talented song writer, backup, renown and skillful drummer in his church. That has gain him fame among other instrumentalist outside his denomination. He is one of the single brothers whom the pastor always recommend singles ladies in the church to present to him as life partners “I want you to bring zealous brothers like bro Henry as life partner for my blessings and prayers”. Well, Bro Henry is into relationship with sis patience a Teno singer in the choir. The relationship is on a low key and that get everyone confused if bro Henry will ever settle down with a lady. Its so clear that he has secret admirers in the church and the way ladies flaunt around him to showcase their bodily endowment with skimpy dresses exposing their boobs. No one neither the pastor is aware of this lucky lady but whoever the sister is, has a lucky brother to hold onto for a life time. This is always the conclusion they gave.
Thursday is set aside for their rehearsal 5pm. Sis patience decides to check at bro Henry house few minutes to 4pm, so that after little gist together they will find their way to rehearsals. They have soft spot for each other and they have come to believe it. Having grow up and grounded in the biblical doctrines, they are aware of the church disciplinary measures for fornication. They have chosen to add spice to their relationship with cuddling and caressing whenever an opportunity come in closet. This time around, emotions failed them. It 10min pass 5 already when they realized they now have canal knowledge of each other. They quickly dress up, while bro Henry spray perfume on his body and rush to the church because the choir have been rehearsing his song in recent rehearsals. Meanwhile, sis patience can not make it any longer to the church with him, so he had lock the door with padlock with her approval pending when he returns from the church.

BEHIND THE SCENE THREE
It’s Saturday evening, the last rehearsal day before Sunday. Joy is a member of the choir likewise Gbenga. He also head the technical unit in their church. They are in an open relationship which virtually everyone knows in the choir. Coincidentally, this two are the first to show up in this Saturday rehearsal. The church auditorium is large with cubicles in it. Rehearsals are 6pm and its 6:15pm already, nobody has show up beside the duo. The two went inside one of the cubicle as they display their sexual prowess to each other. Kemi enter the premises and find the security who told her two members are present. She approaches the hall for rehearsal and find no member. She decide to take a walk. The sex calls she heard while walking made her to be more curious to know and confirm if really it was sex calls or some noise. She was amazed and bittered when she caught a glance at bro Gbenga and sis Joy exploring their bodies. Immediately, she returned back to the hall where rehearsals normally takes place. She was bitter about what she saw and for the fact that she is an introvert worsen the matter because she can’t confront people. It was 6:35pm, when Gbenga, Joy and other members flooded in. The opening prayer was made, afterwards the choir coordinator appoint Joy to lead the members in praise songs. Joy sing and danced with confidence. Kemi tried to sing but she lost words to sing with but had no option to put herself together comforting herself that God is the rewarder of all men.

BEHIND THE SCENE FOUR
Loveth went to visit her guy Jerry. Before now, Jerry the music and song director had share his past with Loveth since she is his Girl. Jerry has had series of sex with his girlfriends on campus. But, the last girl he dated before Loveth likes sex too much and in fact anytime she visit she always desire for it but Jerry usually object. That was the major reason he break up with her. He claimed he is a change guy now while he tried to know if Loveth is a virgin. She said yes. After their hangout in December, since then Jerry has put in so many efforts to invite Loveth to his house. One of it,he gave her a descriptive to come and meet him in his friend house and that he bought a cake for her. She post him until lately she informed him that she wasn’t going to make it again.
Finally, Loveth decide to visit him on a Sunday afternoon. He served her a drink while he select a movie for them to watch from his laptop. The theme of the movie reveals actions display choristers in the church like fornication, envy and competition. While, they watch he said to Loveth, that he is always angered when pastors and brethren emphasized that choristers are fornicating because they are not interceding for “us”. Loveth became surprised with this statement because it sounds unchristian. He tries to use tissue paper to have contact with her nose, afterwards Loveth stood up when she discovered that he was beginning to act funny.

Let me highlight few consequences before I proceed to the solution of fornication
1. You might not be able to gain sexual pleasure with one partner, your legal spouse.

2. It will hunt you in future

4. Exchange of spirit and stars usually takes place during sex.

5. As a child of God, each time you involve in fornication, you lost your peace and the fullness of his presence.

SOLUTIONS
1. Let present our bodies as a living and holy sacrifice to God(Romans 12:1) according to the Bible.
2. Flee from sexual immorality (1 Corinthians 6:18).
3. The choir coordinator should be a spiritual matured Christian who is able to meet with God in the place of prayer and receive instructions on how to lead his unit. He should seek the gift of discernment.
4. Every relationship of a choir member should be counsel spiritual parents who they are accountable to.
5. Trust God to handle your emotions.
6.Don’t take pride in your emotions because the Bible says “He that think he stand let him take heed less he fall”. – Barde Justina. 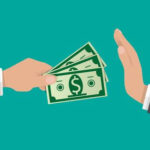 WORDS IN PEN: The role of standardisation in the fight against corruption as a sustainable path to Africa’s transformation – GEORGINA ENEKOLE IJACHI (Part 1) 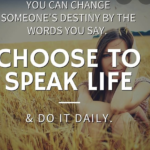