The Gbagyi / Gbari people are known to be extremely peaceful, loving, accomodating and transparent set of people.
The Gbagyi people are also very hospitable and accomodating as earlier outlined,  which brought about the peaceful co-existence between them and other tribes / foreigners and somehow looks like they’re loosing right to ownership of what rightfully belong to them to the foreigners especially some other  Northern ethnic groups. As a result of their simplicity, oneness and transparency, Northerners are fond of saying “Muyi shi Gwari Gwari”( let’s do it in the Gbagyi way or like the Gbagyis do, which means in a simple or more simpler manner). Unfortunately,  this transparency, simplicity of the Gbagyi’s is gradually being taken for granted and translated to illiteracy and stupidity on the part of the Gbagyi’s which is not just painful but also unacceptable.

I believe we are all aware of the incident ongoing in the Bwari area of the Federal Capital Territory – Abuja. The killings, fights, burning of properties and belongings, market and the general unrest.

I also believe we are equally aware of the recent activities carried out the Buhari led administration and FCT Minister Alh Muhammad Musa Bello imposing a foreigner and an outsider on the Original inhabitants and indigenes of Bwari as Emir in the person of Alh.  AWWAL MUSA IJAKORO, of whom is on records and known to  hail from Niger state, also to have contested in the 2011 general elections for the Niger State House of Assembly, representing Tafa LGA under the then ruling party PDP (Proof below)

As against the norm of the Gbagyi’s and Bwari people in particular also according to history, has never had an emir but an ESU. Recently we saw the FCT minister in collaboration with the FG impose on us what is and has never been heard of or practiced in any Gbagyi nation even in our land Bwari (Alhaji Awwal Musa Ijakoro) as an Emir, even after the first incident was acknowledged to be a mistake those who started the mess  therebringing leaders from outside / foreigners.

The government has been silent on this matter and the Court keep adjourning the case unnecessarily which has been causing serious uproar in the community. This silence goes to show or say that the FCT minister alongside the FG and others who are gradually and systematically planning for what is forseen as an inter-tribal / ethnicity crisis in this part of the country and for Nigeria at large is deliberate and for reasons only known to them is really not going down well if not averted.

Eversince the Gbagyi people of Bwari openly showed their displeasure over an impostor from the FG and FCT minister, the Hausa – Fulani people who are foreigners in Abuja have continually been intimidating the Gbagyi people in Bwari. This has also been happening in time past in other Gbagyi states like Southern part of Kaduna state, kwali in Abuja, Sarkin Pawa in Niger state, kogi and even some parts of Nassarawa state using political power which is been transferred to  physical threats and attacks.

The implications of an inter-tribal and religious crisis in Nigeria has always been threatening the survival of this great Nation, which has negatively impacted on the socio – economic landscape and fortune of our dear country Nigeria. If not tackled, this particular crisis which is believed and called ‘a deliberate’ plan / from the FG and FCT minister to cause an unrest in the community so as to spread their grip amd power across the FCT will not just become a Bwari / Hausa – Fulani crisis but one day, the FG and FCT administration will regret ever supporting or staging their careless and thoughtless decisions to impose an outsider / foreigner as Emir of Bwari.

Just incase the FG and FCT minister have forgotten so soon,  they should look back and see what little crisis have caused this nation and how it turned out to be in the past and the ever growing consequences everyday like hatred, killings etc. Their no actions or slow actions are leaving us with no option than to believe that the FG and FCT minister are responsible for all the crisis especially the way they have come up with the Emir idea and are also going about it like nothing is happening but alot have been happening since Alh. Awwal Musa Ijakoro assumed office as the Emir of Bwari. Again, to further butterest on the continous silence on the part of the Government goes to show that they are aware of whats going on and they are patiently waiting for their own forseen outcome and result.

May I say that Senator David Umaru from Niger state should not be silent because this is a fight for all Gbagyi nations not just Bwari and Abuja.
I humbly plead with the FG, National Assembly  and also concerned Nigerians to come together and avert this DOOM in waiting in form of a little crisis here in Bwari Abuja, and all other Gbagyi states like Kaduna, Niger, Kogi and Nassarawa being proactive. Nigeria authorities should caution the Hausa Fulani Subjects and also come to address the main subject matter which is the Imposed Emir on the Gbagyi people who are the original inhabitants of Bwari.
This is a wake up call to my fellow Gbagyi people both young and old to rise up and stand / fight for what rightfully belong to them but are been  denied of. If this isn’t done now, I tell you in the nearest future our children,  children’s children,  children’s children’s children down to the 10th generation would have nothing to call theirs and we would have used our silence in selling out what belongs to us 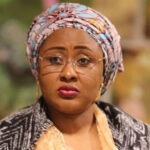