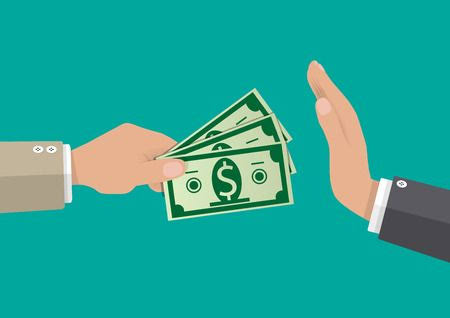 Here is the part 2 of the article, “The role of standardisation in the fight against corruption as a sustainable path to Africa’s transformation”. We published the part 1 last week. You may read the part 1 Here

Anti-Corruption & Anti-bribery
It`s no news that the Nigeria (Africa) government has realized the negative impact of corruption & bribery on its image. Well, serious effort has been made to ensure bribery & corruption are eradicated for good in Africa. However, instance of legislation supporting Anti-corruption initiative is cited below. (how Standard contribute to the fight against corruption). The penal code laws of northern Nigeria prescribe a punishment of up to 14years imprisonment specifically S.115 of the penal code.
Furthermore, corruption seems to be growing and affecting Africa more than ever before. One explanation for this could be found within the social culture that prevails in Nigeria. This leads us to examine in details challenges encountered in fighting corruption Africa.

Firstly, The Nature of corruption as a challenge in itself: This makes its prevention very difficult and this is because corruption has grown and become so much of a norm that one who do not partake in is seen as not being “smart”. Secondly, Africans Mentality : This is also one of the major challenge in fighting corruption itself. Despite the strides made towards combating the culture of corruption, corruption still continue to erode people sense of equity & this is reflected citizens general sense of despair given the failure of govt to effectively address corruption from its root, thus, Africans now have the mentality that corruption is in our “DNA. I wish we Africans can only be progressive minded and set our mentality on the fact that corruption can & must be erase from our society if all hands can be on deck.
Thirdly, Challenges in the enforcement of asset declarations(effect of corruption): One of the powerful measure for the prevention of corruption is the requirement that every public official should declare his/her assets as prescribed in S.15 of the Penal Code and Tribunal Act. The question here is; how many public officials truly declare their asset completely without making an anticipatory declaration, hoping to steal funds and acquire assets while in political offices?
However, In winning the fight against corruption, there are specific benefit of anti-corruption & anti-bribery standards to manufacturers, suppliers and consumers which I have listed and explain briefly.
To manufacturers- Risk & Exposure are minimize implementing robust anti-corruption programs thereprotecting its reputation. It also close rooms 4 unfair competitors.
To suppliers: The risk of buying substandard product are minimized thereenhancing the distributions of goods to the consumers. It also enhances expansion and protect a reputation of firm.
To consumers: Values for their money is more pronounce if only standard goods are sold in the market.
The assurance that an organization is operating within international standard help Cultivate social legitimacy in the operation of a company which directly boost investor’s confidence and attract investor’s as well. Thus the fight against corruption is a catalyst to African’s Growth for improving quality and standard of product and service.
Therefore, it can be declare that the fight for corruption enhances not only the economic aspect of a nation or continent alone but enhance all sphere of human lives.
More so, a clear example of how standard have been used to fight corruption in my country Nigeria is The Importation of Foreign Rice which has partially being replaced the production of local rice in my country Under the President Mohammed Buhari Administration, which work relentlessly to ensure the production of rice In Nigeria instead of importation. Thus, as at October 27, 2017 local rice production saves my country Nigeria #216bn from importation. This alone is worthy of commendation.
Thanks to the standard organization which also work tirelessly to ensure that standard drugs are imported into the country as the saying goes “Health Is Wealth”
Conclusion
Reflecting on the problem of corruption in Nigeria, it may seem that only a revolution of a sort will solve the problem. The obvious truth is that no society can eliminate corruption, but it can be ameliorated.
Firstly, while our President Mohammed Buhari promise to lead honestly, Nigerians must equally commit and be part of the change we expect. The President alone cannot deal with the problem unless all hands are on deck.
Secondly, Preventing corruption has more to do with changing attitude and this is very difficult. We Nigerians must be ready to make sacrifice in our official and individual lifestyles as well. How Nigerians still survived as a nation despite the volume of corruption, remains a mystery to us all.
Conclusively, rich countries would say they are developing Africa, but who`s under-developing who here? Poor countries pay about #6000billions dollar revenue to develop countries. I stand without fear of impunity that;
‘Africans can solve its problems.
Africans is too rich to be dependent.
Africans are the best breed developing country’
So tell me who should be depending on who? But we Africans has sold out our right being greedy, corrupt & mentally enslave corruption but with all hands on deck winning the fight against corruption is a sustainable path to Africans Transformation. 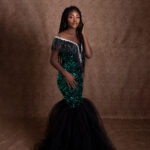 WEEKEND COUTURE: The Power Of Fashion & the exhibition of Kanga Couture (Part 2) 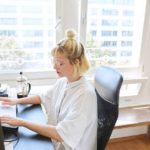 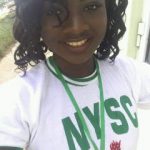