Reports have it that about 21 people of ECAN Church members in Makurdi on their way to Kwaghtan in Guma Local Government on Sunday 5th July died after a boat they were travelling in capsized in River Benue.

It was told that the boat is expected to carry only 15 people but had more than 20 people on it which caused the boat to capsize.

The Benue State Police Command in a statement through the Public Relations Officer, Deputy Superintendent, DSP, Catherine Anene said that 21 people were missing in the mishap that occurred at about 2:30pm.

Part of the statement reads: “We received information at about 2:30pm Sunday that 23 members of ECAN Church Ijaha, Makurdi Local Government boarded a Boat to attend a conference across River Benue, at the midstream, the boat sank. Marine Police search party were deployed to the scene where two  persons were rescued alive while  21 persons are still missing 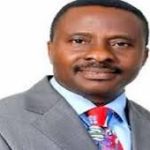 National CAN declares fasting from 31st Jan, to end on the 2nd Feb with a nation wide peace match all over the country.