Ibrahim Magu, the accting Chairman of Economic and Financial Crimes Commission(EFCC) has been arrested. The Department of State Services Carried out this arrest today Monday 6th July 2020. He is currently undergoing interrogation at the DSS Headquarters In Aso Drive.

Remember that Magu is yet to be confirmed as the substantive chairman of the EFCC.

According to Sahara Reporters on their website, it’s written that;

the DSS in a 2016 report revealed that Magu was living in a N40m mansion.

“Magu is currently occupying a residence rented for N40m at N20m per annum. This accommodation was not paid [for] from the commission’s finances, but one Umar Mohammed, air commodore retired, a questionable businessman who has subsequently been arrested the secret service.

“For the furnishing of the residence, Magu enlisted the Federal Capital Development Authority to award a contract to Africa Energy, a company owned the same Mohammed, to furnish the residence at the cost of N43m.

“Investigations show that the acting EFCC chairman regularly embarked on official and private trips through a private jet owned Mohammed.

“In one of such trips, Magu flew to Maiduguri alongside Mohammed with a bank MD who was being investigated the EFCC over complicity in funds allegedly stolen the immediate past petroleum minister, Diezani Alison-Madueke. 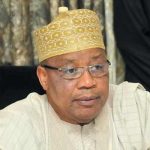 IBB is hale and hearty- Spokesperson

About Face of I am Best Networks: See how you can participate