For sometimes there were reports that  Boko Haram terrorists were scavenging in some villages in northern Borno State, and troops of 22 Brigade Garrison, Operation LAFIYA DOLE in conjunction with Civilian JTF, on Saturday embarked on fighting patrol to Cingal, Murye and Mala Maja villages and they cleared them of the terrorists. 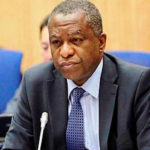 CBN, NNPC to take care of accommodation and feeding of returnees – FG

Restructuring: 12 States is what Nigeria needs