A Federal High Court in Nigeria has come to say that, The Nigerian Army’s “Operation Positive Identification” will not proceed basically because the Nigerian Army lacks the power to implement such programme.

Justice Rilwan Aikawa presided over the Fundamental Rights Enforcement lawsuit filed by Femi Falana (SAN), against the planned exercise the Army. The human rights activist who asked the court to dismiss the idea behind the exercise, insisted that it is illegal and unconstitutional for the court to uphold an act that would require Nigerians to move around with a valid means of identification such as the National Identification Card, Voters Registration Card, Drivers’ Licence and passports or other valid official identification.

The federal high court judge while ruling on the case  said that the Nigerian Army has no power under the Nigerian constitution to subject civilians to such positive identification proces. 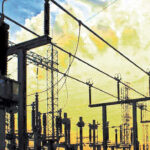 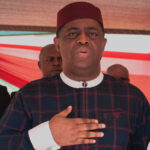 Update: FFK responds to Daily Trust press release on clash between him and staff of Daily Trust