Reports from news and social Media platforms on Monday 19th of October, 2020 stated that two fellows claimed indigenes of F.C.T one named Yunusa Ahmadu Yusuf and the other Isaac David have been parading themselves as representatives and spokesperson of the good, loving and peaceful indigenous people of F.C.T. One of the video has gone viral and therefore the true F.C.T natives who watched the video has counter the speech made via Yunusa Ahmadu Yusuf. The F.C.T indigenes never sent him. This is an attempt to sabotage the image of the F.C.T indigenes because of his selfish interest and political gains.

Therefore, the nation wide protest is of great interest to the people of F.C.T indigenes at large. Enough harm has been done to citizens under the umbrella of our police men, we say an end to brutality and in human justice. With evidence the people of F.C.T are being marginalized and are displaced. Our lands are being snatch from us and we are being deprived to exercise power in matters relating to us, so how then do you think Yunusa Ahmadu Yusuf speaks our mind. This is an opportunity for every learned indigene to express their grief to the Government. So, Yunusa Ahmadu Yusuf was acting based on his own intentions when he demand that the roads be blocks. 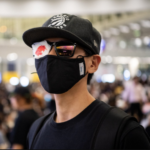