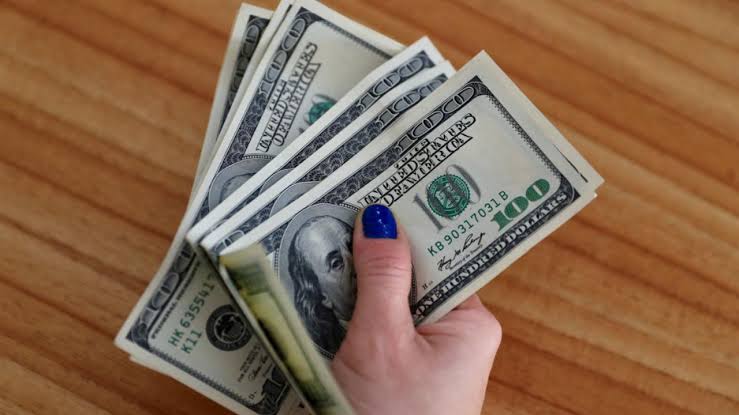 The naira slumped further and exchanged to the dollar at 590 on Thursday at the parallel market ahead of the Easter festive period.
Some Bureau de Change operators who spoke to our correspondent said the dollar was bought and sold at 585 and 590 on Thursday.

On Monday, the naira had earlier traded to the dollar at N588.

At the Importer & Exporter forex window, the naira fell 0.20 per cent to close at N417.5 after reaching a high of N444.
The Central Bank of Nigeria however maintained N416 as its official rate on its website.

The CBN stopped forex allocation to the Bureau de Change operators in 2021 and later announced it would stop further interventions to the banks the end of 2022.

In a notice to its members nationwide, ABCON National Executive Council, appealed to the regulator to revisit the stoppage of dollar sales to BDCs to bring lasting stability to the naira.

The group disagreed with claims that naira has remained largely stable and converging following the stoppage of dollar allocation to BDCs.

According to ABCON NEC, BDCs remain the most potent tool for the CBN to achieve its foreign exchange rate management.

It stated, “Our position to CBN is that our members should be considered in whatever mechanism of dollar supply to the end users as it is done in other countries instead of a total blanket removal from the market.

“We therefore reject the statements claiming that the naira exchange rate has improved following stoppage of dollar sales to BDCs and urge our members to ignore those pronouncements.”

The ABCON NEC said it would continue to take steps that ensure that the business of its members are restored and operators continue their legitimate operations as is done in other parts of the world.

best motivational speech ever never give up eric thomas#iambest / @iambe…