A man that has been parading himself army officer in Obudu has been arrested last week after the youths complained he had defrauded
them promising them admission into the Nigerian Defence Academy.


He was identified as Major Kola Elijah. Now he is
currently at the Obudu Police division for defrauding members
of the public of money amounting to millions of naira.
Those who were his victims are :Aweli Gabriel Lishiliniye N150, 000,
Kashim Adeloye Ebenezer N406, 500, Abiabe Godwin Ugbe N210, 000, and
Audor Peter Bekeh N335, 000.

bank tellers showing money
paid his victims.
A security source told CrossRiverWatch that… “It was after his arrest that we discovered that he is not a soldier
but runs a boutique in Calabar. He just came to town to latch on the
ignorance and desperation of young people to get into NDA and has been
using that to swindle them.”
Tagged: News 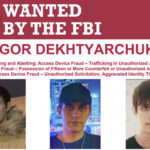