The political tussle between the Kano State Governor, Dr.

Abdullahi Umar Ganduje and  Dr.
Rabi’u Musa his predecessor , has taken a new turn.
A statement has been signed the Kano state commissioner of information, Malam Muhammad Garba and it has been made available to newsmen stated
that Ganduje will probe Senator Kwankwaso’s administration if the
Kwankwasiyya movement continues to spread falsehood against his  administration in the state.
Here is part of the statement:

“This deliberate distortion of facts and spreading of falsehood is capable of provoking the government to drop its non-confrontational stance and institute commission of inquiry to probe the previous administration particularly on illegal land deals,education and infrastructure” 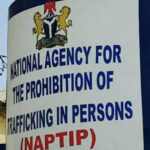 “It Is Too Late For Jihadist Activities In Nigeria” – Dr Paul Enenche Fires Hard At Plateau Killings! 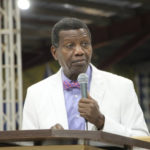